This week, we were lucky to have Andrew Jones, a data engineer, visit our office to teach us about data roles in the IT industry. Andrew is a software engineer with a background in site reliability engineering and tech leadership. Most recently, he worked at Casper as a data engineer, and is now onto his new role on the data team at Grubhub Seamless. 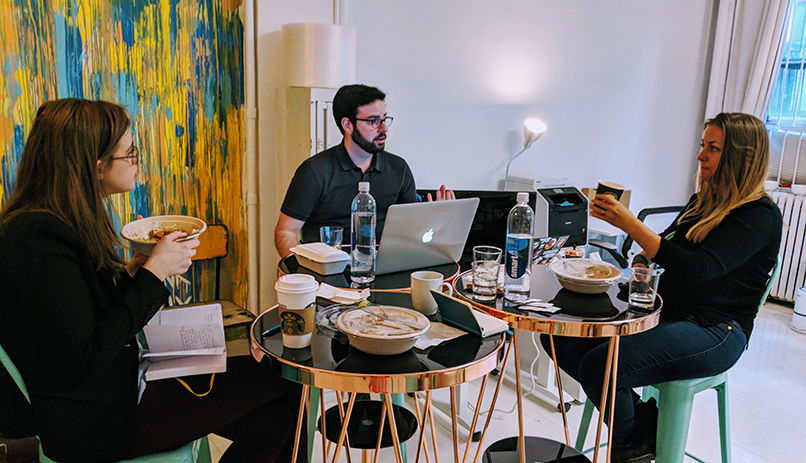 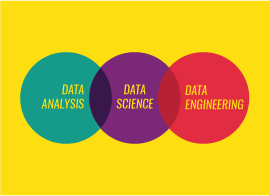 Andrew kicked us off by covering the distinctions between the three main disciplines in data roles, and what to recruit for in each. Of the three, data science occupies the middle ground between data engineering and data analysis, and there is usually little or no overlap between the tasks of a data analyst and a data engineer.

Data Engineers are software engineers specializing in data storage and consistency. Their primary differential is that they are responsible for writing “production grade” code – code is well-tested, and that scales and persists. They sometimes utilize Big Data tools / frameworks, and own the architecture of transactional and analytical systems. They also help architect and maintain server infrastructure, build platforms for data visualization, or tools that run tasks for data migration.

Data Analysts are generally skilled in Python or R (particularly those coming from academia). They generally focus on generating reports to help a business make changes / decisions based on data. Andrew covered the distinction between a data-informed organization vs. a data-driven organization. Whereas the former relies on periodic data reports to answer the “where are we?” as a company questions, the latter utilizes data to actually mold the direction of the company to answer “where are we?” AND “where should we be going?” using data.

Data Scientists is a relatively new job title. Their role bridges the gap between data engineer and data analyst. They typically build features to help a business grow more usership, revenue, improved ad spend, etc. by leveraging predictive modeling, machine learning, AI, or deep learning technologies. They identify trends and predict what might happen next in their company’s future landscape.

Next, Andrew took us through a quick overview of the primary programming languages and tools used in these roles. The main two languages for data are Python and Scala.

As for frameworks, Spark and Hadoop are the most commonly used.

Finally, we had a brief discussion on general interview structure for data roles. In Andrew’s experience, most companies seem to be moving away from whiteboarding and test for different things depending on the type of role a candidate is up for.

Overall, it was a vastly informative and well-organized lunch n learn presenter. Andrew was a great speaker!