A couple weeks ago, I participated in the 48in48 Hackathon – an event with the ambitious mission of building 48 websites for 48 non-profits in 48 hours.

I was the Project Manager as well as one of the developers on the project so my work actually started a couple weeks before the weekend of the actual hackathon, when I was introduced to the three non-profits my team was developing new sites for. Our three non-profits were:

I worked in a team of three (including myself), so we were definitely kept busy! My other teammates were Roman Sharf, an incredible artist and game developer, and Aimee Otsu, a phenomenal UX Designer.

Together, we came up with basic goals for each of the sites through a steady stream of communication with the non-profits, generated user stories and overviews of the three separate projects (spearheaded by Aimee), deliberated over general aesthetics, and got to work! 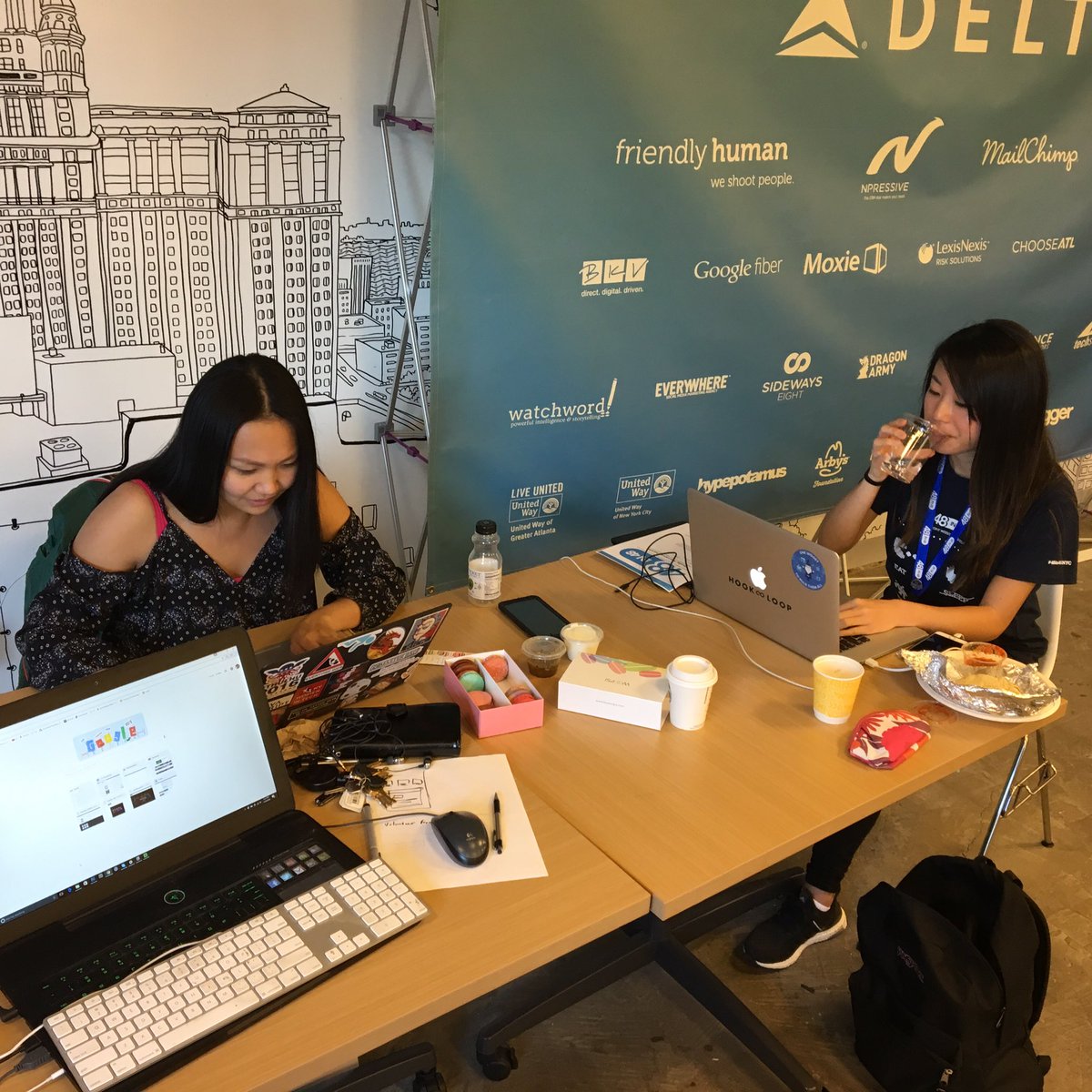 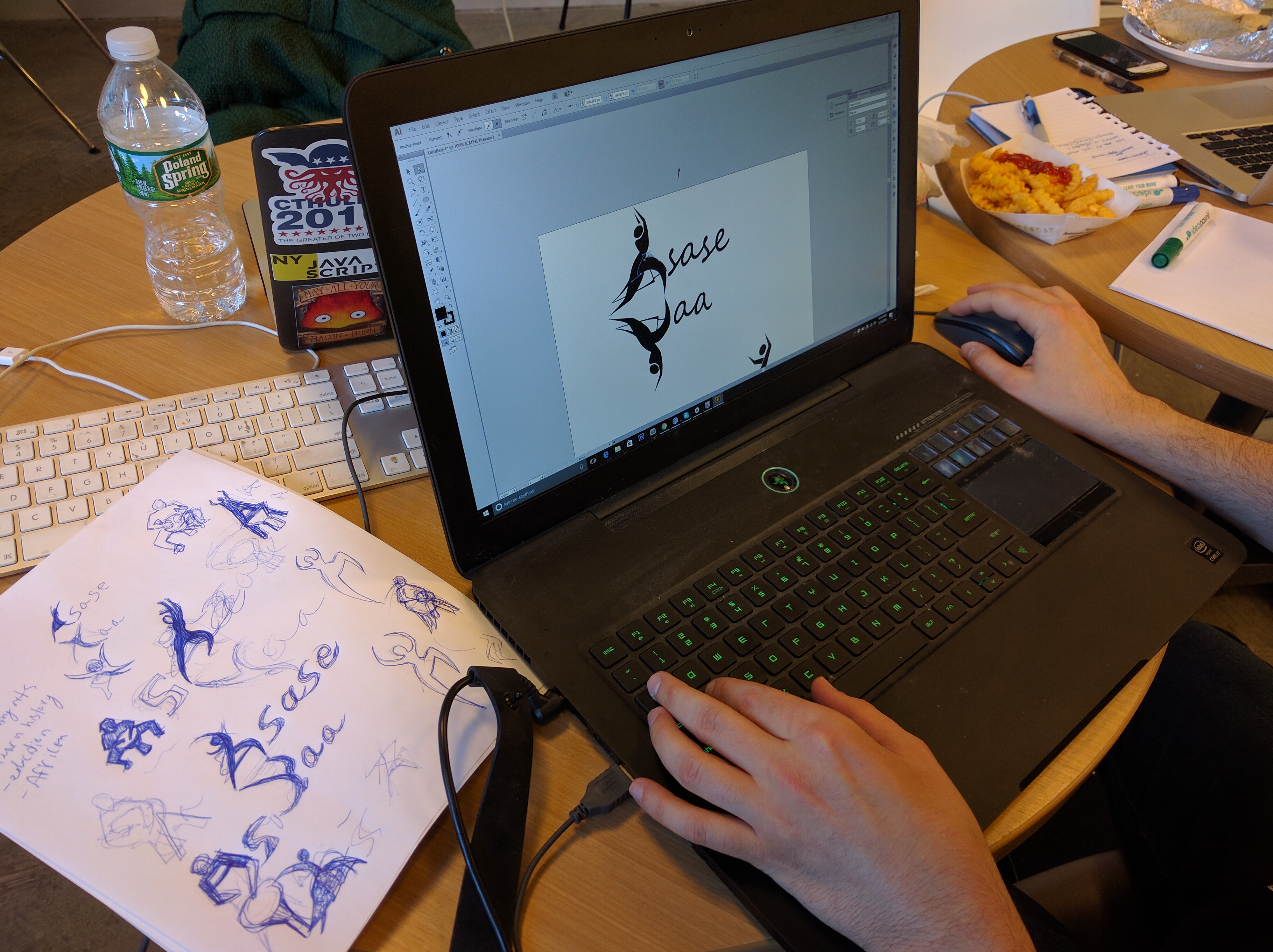 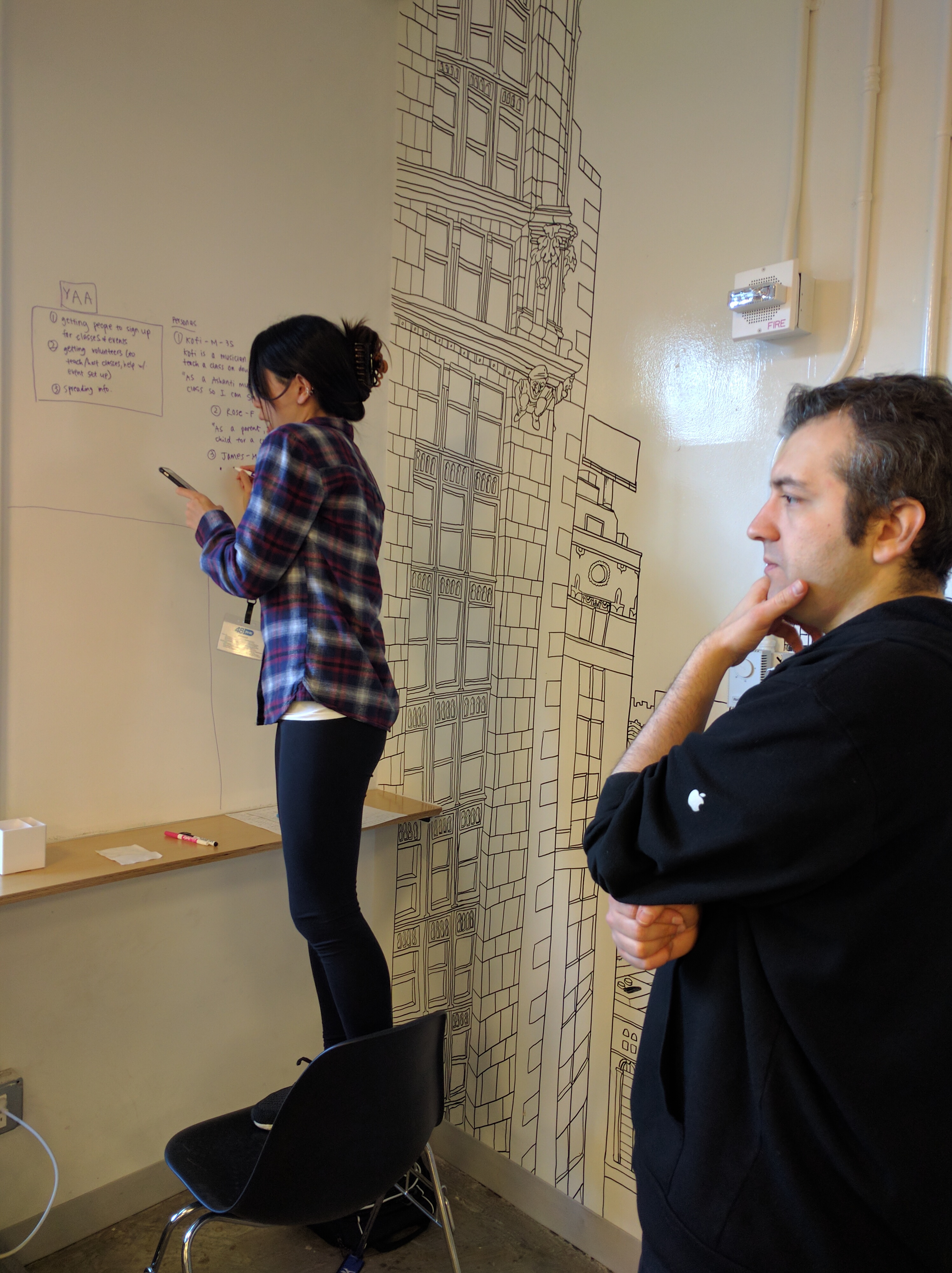 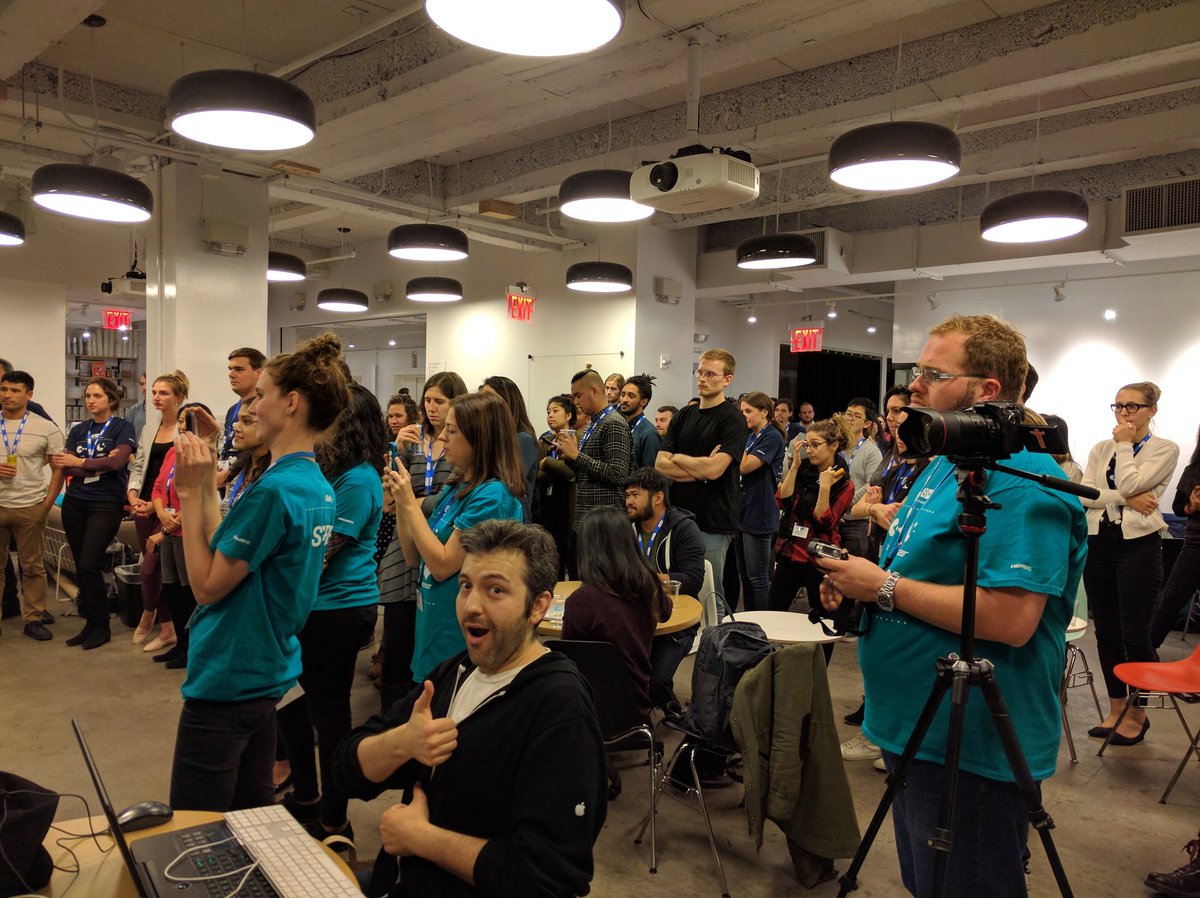 We developed the websites in WordPress so that the non-profits would have an easier time updating the sites later, with plenty of custom HTML/CSS & JavaScript customization to enable some of the bells and whistles we wanted to incorporate such as sticky background footer images, floating buttons, and social media integrations.

Since we only had three developers on the team, and we had three sites to work on, we basically spent every waking hour at LMHQ, binging on donated food from various fast food joints. 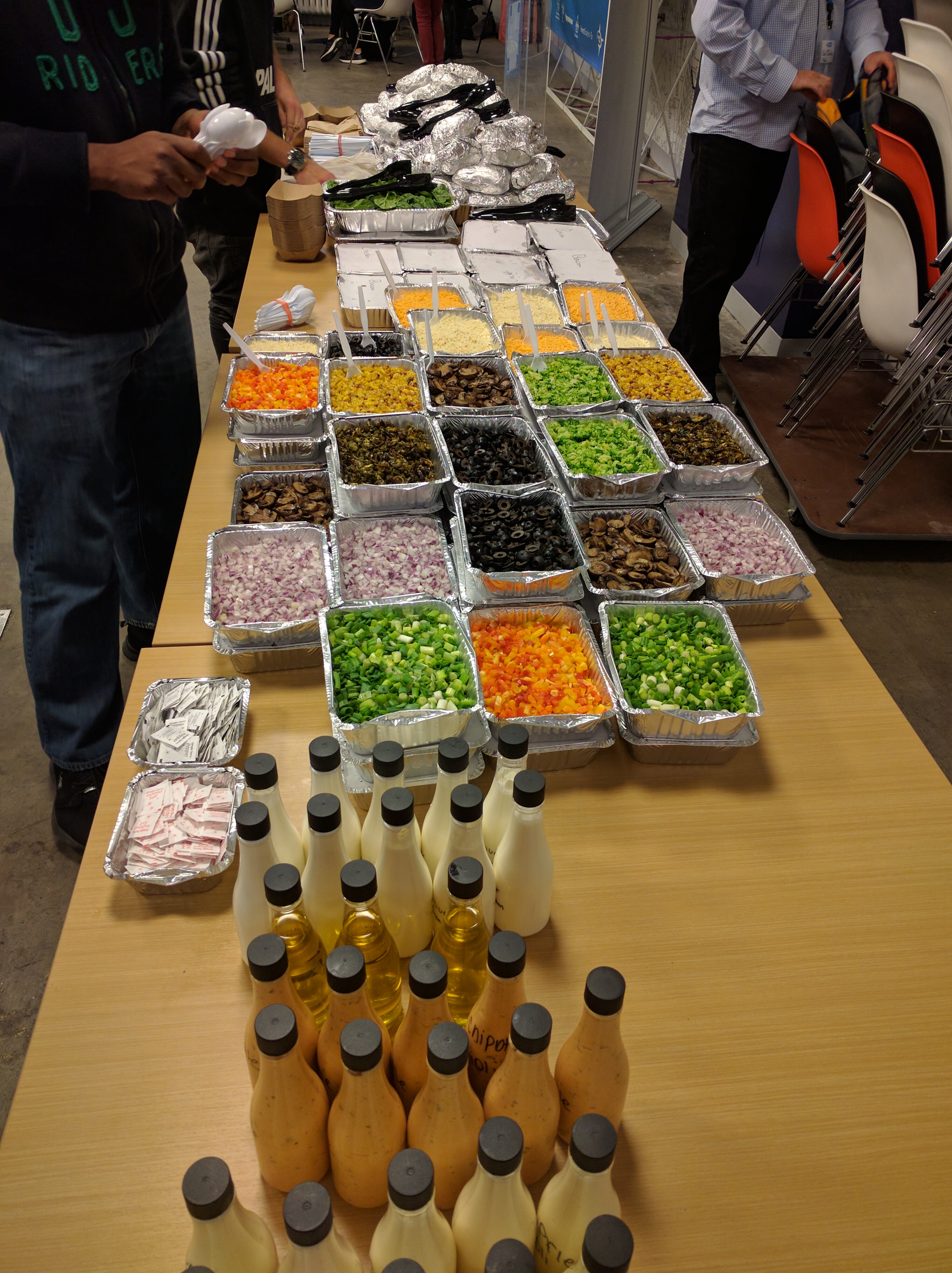 We were also serenaded by two different local acapella groups: one from Pace University and the other from NYU, which provided a lovely, motivating break in each day. 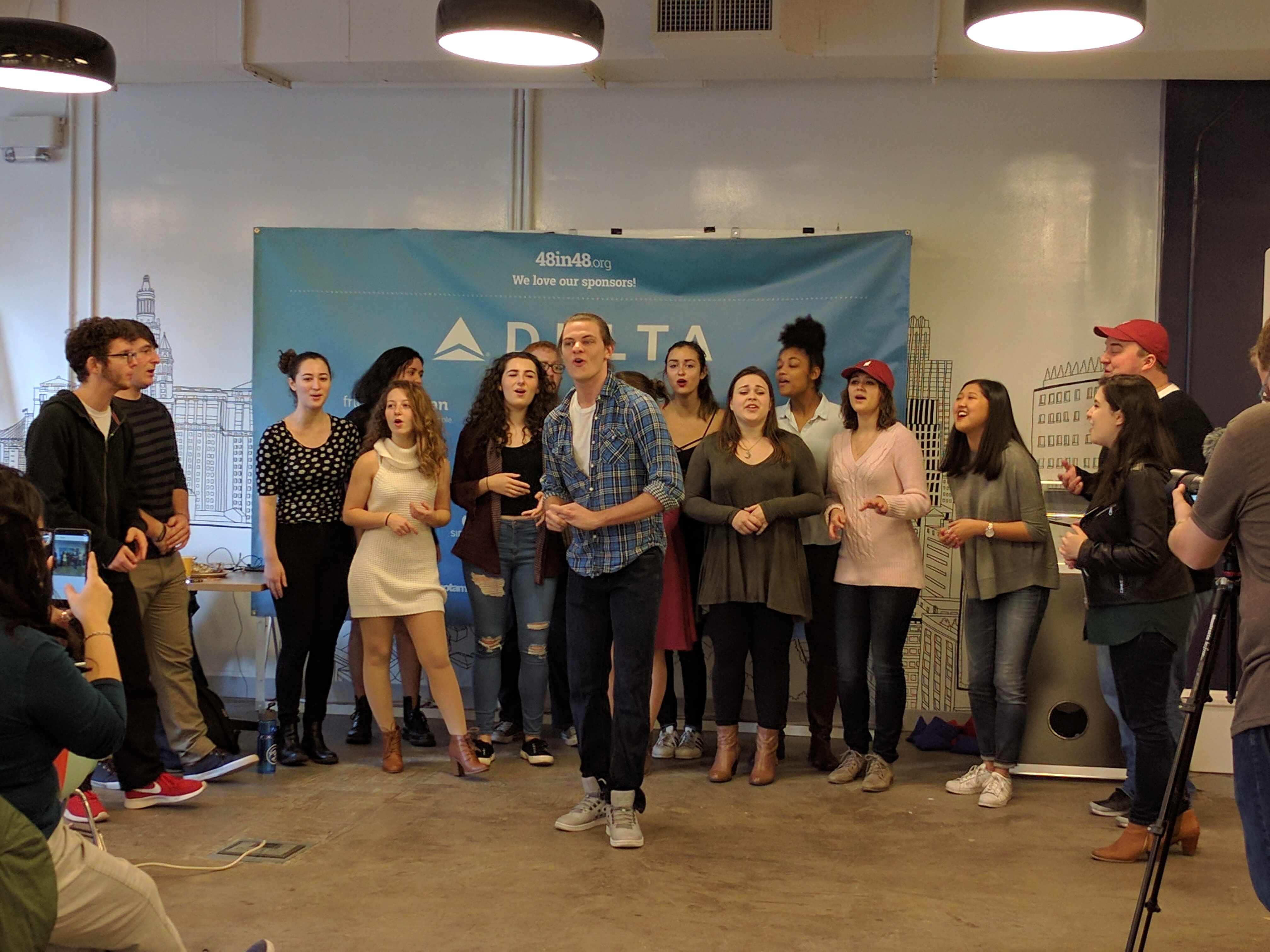 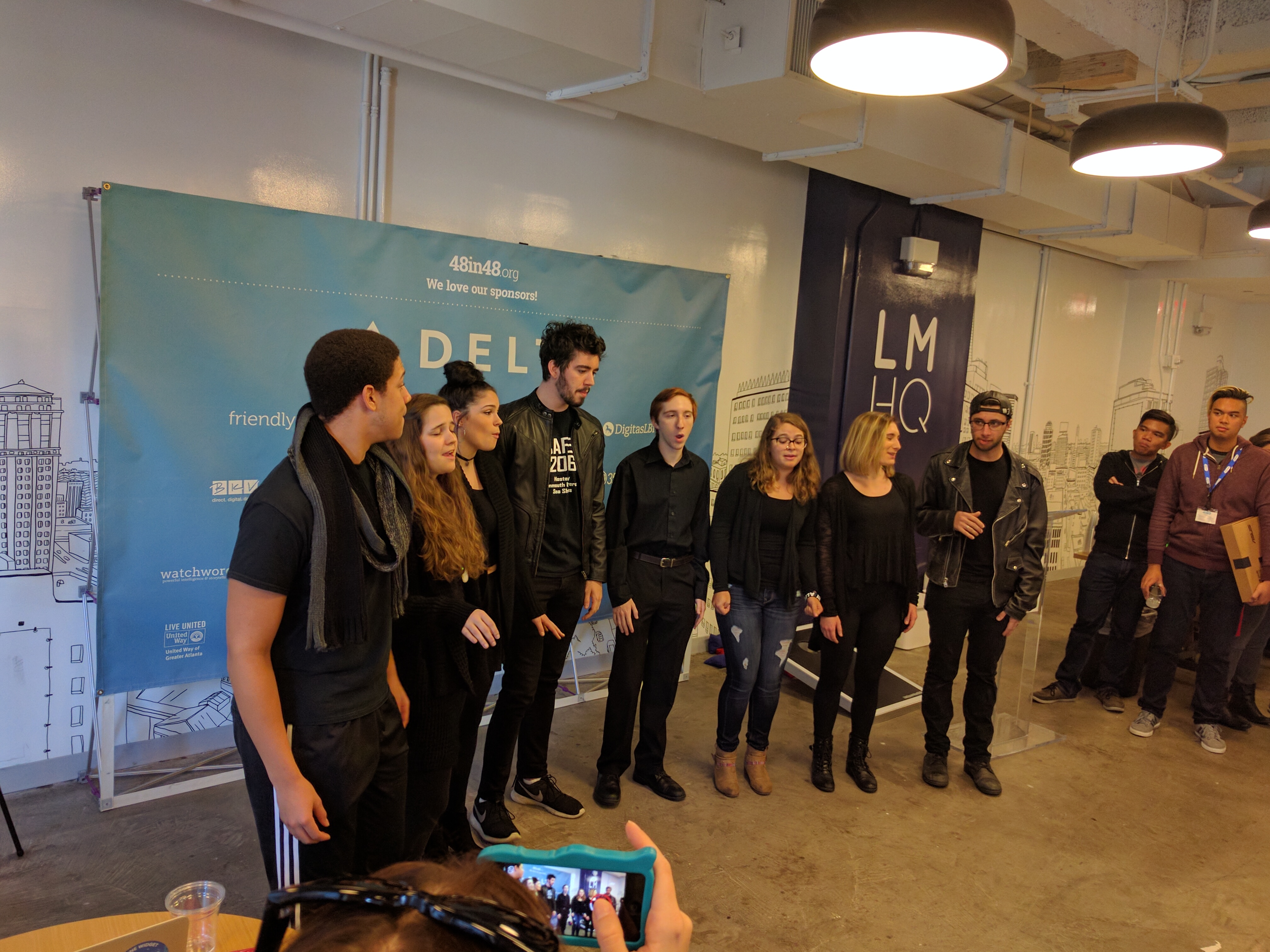 In the end, our hard (and frantic!) work paid off when we won first place for our site for Asase Yaa!! (all finished sites linked above) 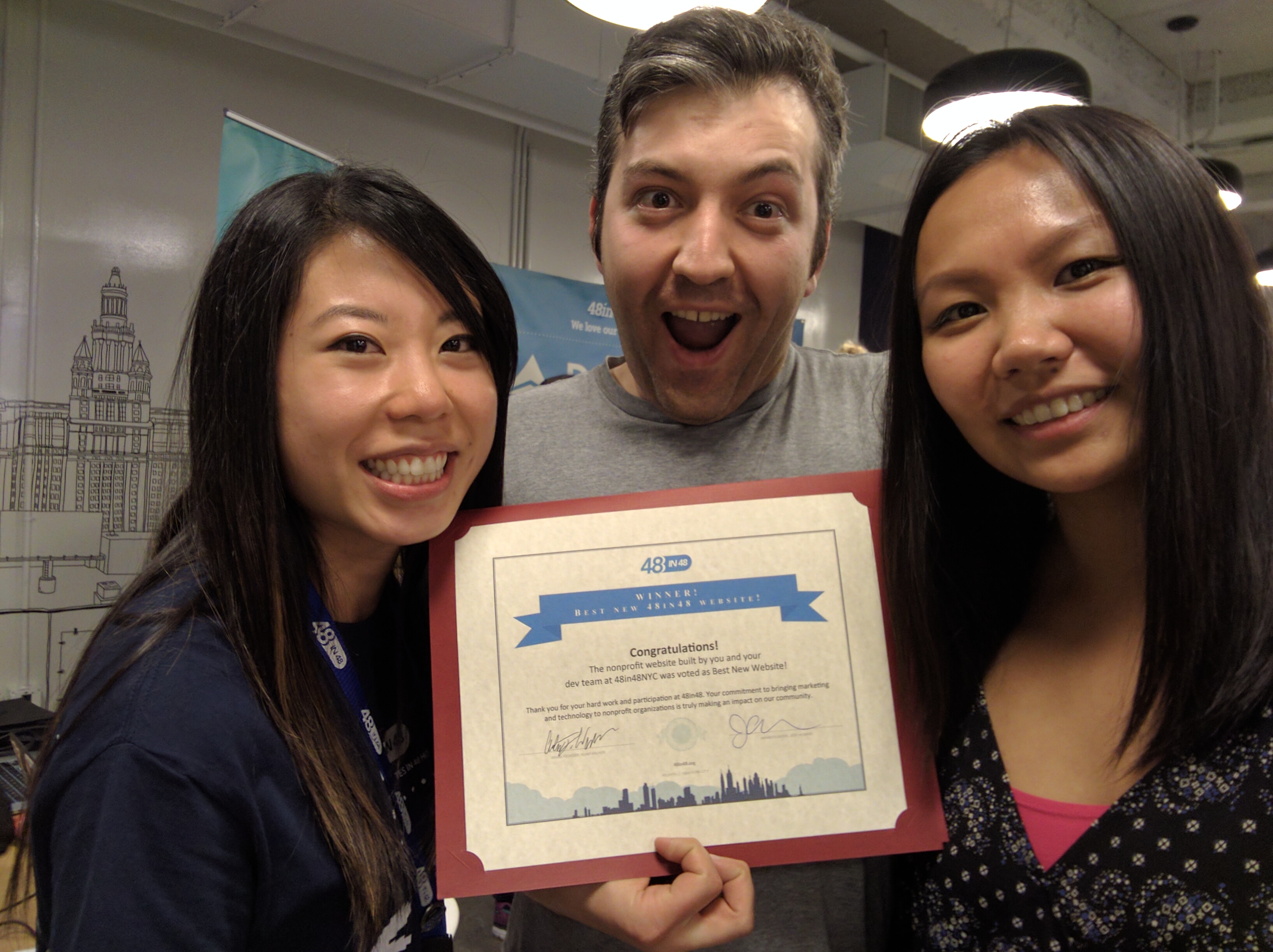 48in48 is planning to hold this hackathon as an annual event in NYC. Roman, Aimee, and I will definitely be back – hopefully with more teammates next time. If you’re reading this and are interested in joining, please get in touch!